For 2020 I decided to track my reading a little so I downloaded goodreads (tap the link to add me as a friend 🙂 ) and do monthly bookish wrap ups. I hope you enjoy them as much as I do …

yes, it’s beautiful written. yes, I still absolutely hate it. Well, that’s not the whole truth. I don’t actually hate the book I just hate how Lolita is kind of blamed for it — since Lolita is a word for women who want to attract other persons with acting like a much younger girl. And that’s the problematic point. Lolita was manipulated, raped and in more than “only” the sexual way abused by an older man who should be her stepfather and caring relative after her mother died. So when people are using the word Lolita in the way the Oxford English dictionary suggests it, it’s basically victim blaming.

Synopsis:
Humbert Humbert – scholar, aesthete and romantic – has fallen completely and utterly in love with Lolita Haze, his landlady’s gum-snapping, silky skinned twelve-year-old daughter. Reluctantly agreeing to marry Mrs Haze just to be close to Lolita, Humbert suffers greatly in the pursuit of romance; but when Lo herself starts looking for attention elsewhere, he will carry her off on a desperate cross-country misadventure, all in the name of Love. Hilarious, flamboyant, heart-breaking and full of ingenious word play, Lolita is an immaculate, unforgettable masterpiece of obsession, delusion and lust.

The Upside of Unrequited /Becky Abertalli

even if Simon vs. the homosapiens agenda was kinda cute I’m definitely not a fan of this book. Maybe that’s a bit too harsh but …not my cup of tea.

Synopsis:
Seventeen-year-old Molly Peskin-Suso knows all about unrequited love—she’s lived through it twenty-six times. She crushes hard and crushes often, but always in secret. Because no matter how many times her twin sister, Cassie, tells her to woman up, Molly can’t stomach the idea of rejection. So she’s careful. Fat girls always have to be careful.Then a cute new girl enters Cassie’s orbit, and for the first time ever, Molly’s cynical twin is a lovesick mess. Meanwhile, Molly’s totally not dying of loneliness—except for the part where she is. Luckily, Cassie’s new girlfriend comes with a cute hipster-boy sidekick. Will is funny and flirtatious and just might be perfect crush material. Maybe more than crush material. And if Molly can win him over, she’ll get her first kiss and she’ll get her twin back. There’s only one problem: Molly’s coworker Reid. He’s an awkward Tolkien superfan with a season pass to the Ren Faire, and there’s absolutely no way Molly could fall for him. Right?

The song of achilles /Madeline Miller

THIS IS ONE OF THE BEST BOOKS OF THE WORLD AND NOBODY CAN OR WILL CHANGE MY MIND ABOUT IT! It’s just so frickin beautiful and omg I can’t believe that I could live not knowing this magical story.

synopsis:
Greece in the age of heroes. Patroclus, an awkward young prince, has been exiled to the court of King Peleus and his perfect son Achilles. By all rights their paths should never cross, but Achilles takes the shamed prince as his friend, and as they grow into young men skilled in the arts of war and medicine their bond blossoms into something deeper – despite the displeasure of Achilles’ mother Thetis, a cruel sea goddess. But then word comes that Helen of Sparta has been kidnapped. Torn between love and fear for his friend, Patroclus journeys with Achilles to Troy, little knowing that the years that follow will test everything they hold dear.

you know that typical YA book about a random depressive girl who goes to a typical American Highschool, has a gay best friend and somehow ends up in the arms of her 5th grade crush who manages to go to Yale because of his grades and is the quarterback of the schools football team? Of course she’s a cheerleader or one of the “nerdy” girls … well, if you want to read something like that, don’t read It’s kind of a funny story. You would probably hate it. Because this book is real. It’s sad (really, really sad) and it’s true what makes it even more sad.

Synopsis:
Ambitious New York City teenager Craig Gilner is determined to succeed at life – which means getting into the right high school to get into the right job. But once Craig aces his way into Manhattan’s Executive Pre-Professional High School, the pressure becomes unbearable. He stops eating and sleeping until, one night, he nearly kills himself.
Craig’s suicidal episode gets him checked into a mental hospital, where his new neighbors include a transsexual sex addict, a girl who has scarred her own face with scissors, and the self-elected President Armelio. There, Craig is finally able to confront the sources of his anxiety.

I’ve been obsessesing about the song of achilles and so it was only a matter of time until i read Circe and completly fall in love with it. I can’t stress enough how completely gorgeous Madeline Miller is. I definitely have to write another fangirl blogpost …

Synopsis:
In the house of Helios, god of the sun and mightiest of the Titans, a daughter is born. But Circe is a strange child—not powerful, like her father, nor viciously alluring like her mother. Turning to the world of mortals for companionship, she discovers that she does possess power—the power of witchcraft, which can transform rivals into monsters and menace the gods themselves. Threatened, Zeus banishes her to a deserted island, where she hones her occult craft, tames wild beasts and crosses paths with many of the most famous figures in all of mythology, including the Minotaur, Daedalus and his doomed son Icarus, the murderous Medea, and, of course, wily Odysseus. But there is danger, too, for a woman who stands alone, and Circe unwittingly draws the wrath of both men and gods, ultimately finding herself pitted against one of the most terrifying and vengeful of the Olympians. To protect what she loves most, Circe must summon all her strength and choose, once and for all, whether she belongs with the gods she is born from, or the mortals she has come to love.

wooooow, Jenny and Siobhan really surprised me with this series … It went a bit too crazy for me but, well, I guess it was okay. Not the best and not the worst.

synopsis:
New Year’s Eve ended with a bang and Mary, Kat and Lillia may not be prepared for what is to come. After Rennie’s death, Kat and Lillia try to put the pieces together of what happened to her. They both blame themselves. If Lillia hadn’t left with Reeve… If Kat had only stayed with Rennie… Things could have been different. Now they will never be the same.  Only Mary knows the truth about that night. About what she is. She also knows the truth about Lillia and Reeve falling in love, about Reeve being happy when all he deserves is misery, just like the misery he caused her. Now their childish attempts at revenge are a thing of the past and Mary is out for blood. Will she leave anything in her wake or will all that remain be ashes?

gonna write the reviews for the other books I read this January tomorrow :))
stay cozy guys, Emily 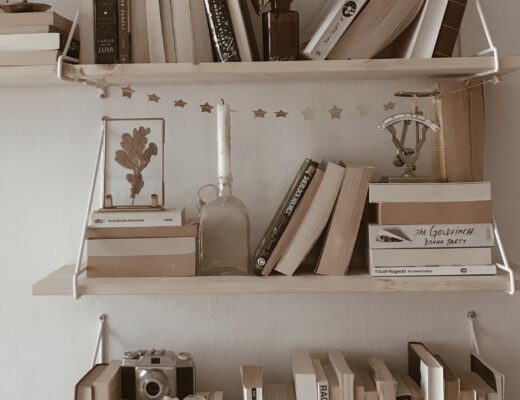 a guide to autumn //part II

what is this dark academia? a haphazard defense of its origins and the love to books