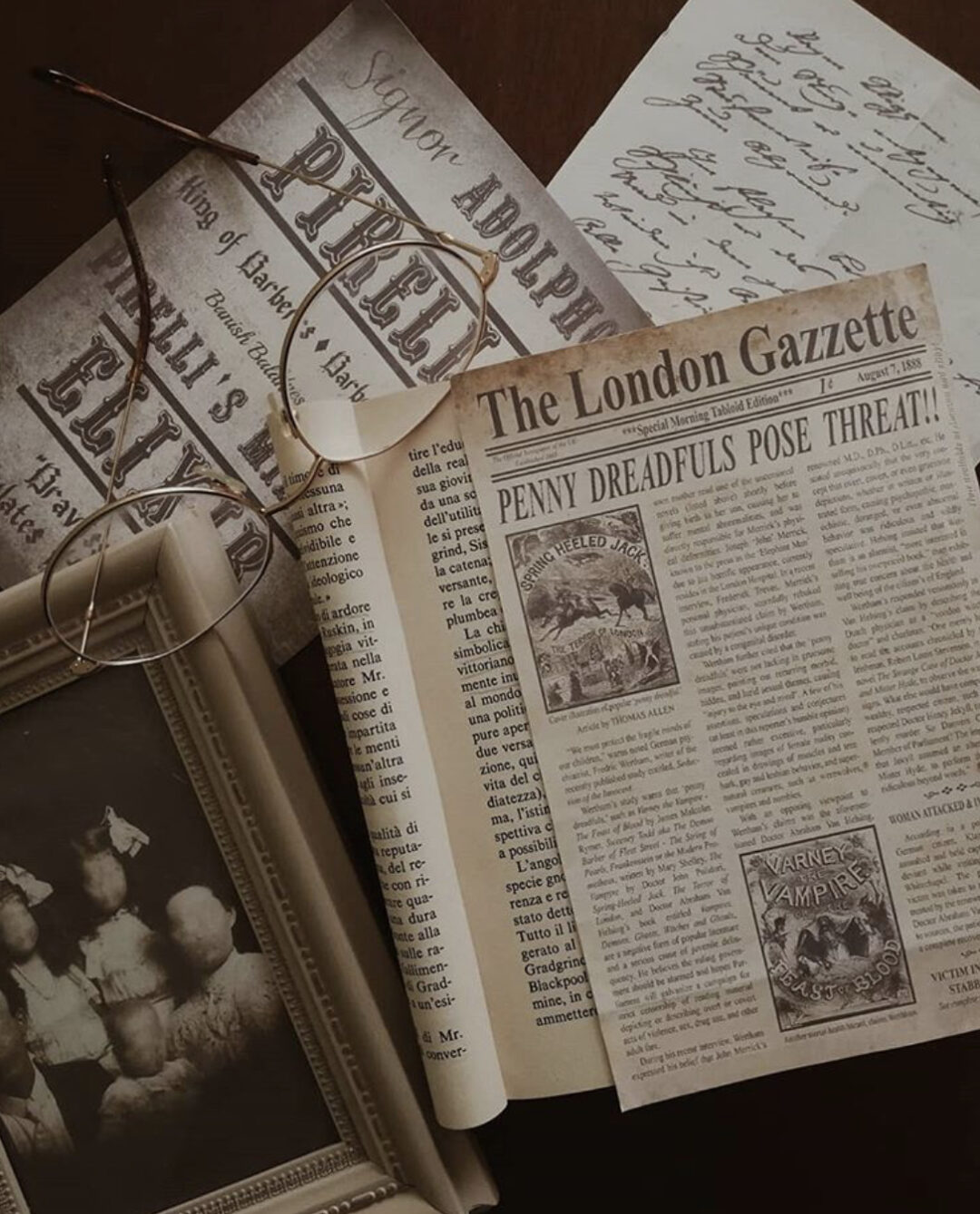 “When the Count saw my face, his eyes blazed with a sort of demonaic fury, and he suddenly made a grab at my throat. I drew away, and his hand touched the string of beads which held the crucifix. It made an instant change in him, for the fury passed so quickly that I could hardly believe that it was ever there.”

I chose to start this article with this wonderful quote, perhaps one of the most beautiful in the whole novel. Certainly the most explanatory. The one that, in my opinion, contains the fulcrum and essence of the vampire. But how was this creature born? What is vampirism? Who was the first to talk about it, and especially how did it come to influence Gothic literature as we know it today? To answer these questions we have to travel through time. Back through the most ancient and terrifying testimonies and legends ever written and told.

Typical of macabre, grotesque and Gothic literature, the origins of the vampire go back to ancient popular beliefs, precisely to European folklore of the eighteenth century, which starts (between 1720-1730) the so-called “vampire craze”. There was a rumor, in fact, of the presence of strange individuals on Serbian territory (Petar Blogojevich and Arnold Paole). Individuals who, recently died, were seen wandering around the walls and streets of the city, blending among people. Many claimed to have been visited at night by their recently deceased relatives, who “sucked in” their life and energy. Many of those affected by these visions died after a few days in doubtful circumstances. So it was that the people of the city, animated by this new fear, began to exhume the corpses of their relatives, not being ready at all for what their eyes were about to see: hair and nails continued to grow after death, lips were slightly stained with blood and there seemed to be no trace of decomposition. These are the legends that start a real phenomenon: the “vampirism” that is spreading all over the world starting to find its shape also in literature.

My dear young maiden clingeth
Unbending, fast and firm
To all the long-held teaching
Of a mother ever true;
As in vampires unmortal
Folk on the Theyse’s portal
Heyduck-like do believe.
But my Christine thou dost dally,
And wilt my loving parry
Till I myself avenging
To a vampire’s health a-drinking
Him toast in pale tockay

And as softly thou art sleeping
To thee shall I come creeping
And thy life’s blood drain away.
And so shalt thou be trembling
For thus shall I be kissing
And death’s threshold thou’ it be crossing
With fear, in my cold arms.
And last shall I thee question
Compared to such instruction
What are a mother’s charms?

But perhaps what will kick off this new genre is the epic poem “Thalaba The Destroyer” (1801) by Robert Southey. Thalaba, hero of the poem, receives a visit from Oneiza, his recently deceased wife who returns from the world of the dead in the form of a vampire.

From now on, literature will proliferate with poems, short stories and horror novels starring this terrible supernatural creature. Its climax is reached with “The Vampyre” by John Polidori  (1819), considered the progenitor of this new genre. Polidori, in fact, transforms this folkloristic figure into what we all recognize today as a “vampire” – a libertine aristocrat and predator who lives undisturbed among people and is part of the society. This is how Gothic Horror is brought to life. But who inspired this great author in writing this novel? Polidori is said to have taken inspiration from Lord Byron, his close friend, who, also captured by this new phenomenon, begins to write poems such as “The Giaour” (1813) and “Fragments of a novel” (1816), this one used by Polidori as inspiration.

Even the Victorian age is tinged with macabre stories about vampires. In 1847 one of the very first Penny Dreadfuls (short and very cheap serial stories) was born: “Varney The Vampire”. It follows the story of Sir Francis Varney, the protagonist, who persecutes the Bannerworth family and who is actually a vindictive vampire who will try to create havoc and attack his victims. And it’s in this story that the sterotypical vampire as we know him is born: it’s said to have fangs with whom he bites his “preys”, leaving two distinct and evident marks on their neck, moved by a superhuman and destructive force.

As for the nineteenth-century novels, Joseph Sheridan Le Fanu’s Carmilla (1872) and Bram Stoker’s Dracula are certainly among the most famous and influential.

Carmilla, compared to many other works, is certainly the most revolutionary. Le Fanu, in fact, is the first to write about a female vampire, and mostly about a vampire with homosexual tendencies, certainly a taboo for the time it was written. Full of melancholy, love and passion, veiled lust and deep psychology, this novel influenced the most famous and known book in history: Dracula by Bram Stoker. Le Fanu was, in fact, the editor of Stoker, who introduces vampirism as the cause of a demonic possession with innumerable sexual, deadly, bloody twists. Dracula will become a timeless Gothic masterpiece all over the world that will mark the beginning of a literature in which the vampire will begin to be humanized more and more. Anne Rice is one of the authors who, with “Interview With The Vampire” (1994), will give a heart to this supernatural figure. She will make it romantic, pleasant and not entirely bad.

But why did vampirism become so successful throughout the centuries? Why do vampires attract people more than other fictional creatures?

Vampires represent the disturbing, the excess, the grotesque but still they’re impressively charming. We are not dealing with ghosts or other fantastic monsters. Vampires are apparently normal people like us, only with supernatural powers returned from the world of the dead to persecute and feed on human blood. They are lustful extremely beautiful beings, with morally deviant beliefs. And everything that is prohibited, inappropriate and upsetting intrigues man. We still write about vampires to get out of the realm of reality, to talk about what we shouldn’t, to narrate foul and scandalous events that would not be acceptable.

Whether, in the end, it’s a legend or not, it’s undeniable that this phenomenon has become over time a pillar of Gothic literature, which still today, after 300 years, has the enormous ability to scare and excite, to always make itself current and never grow old. 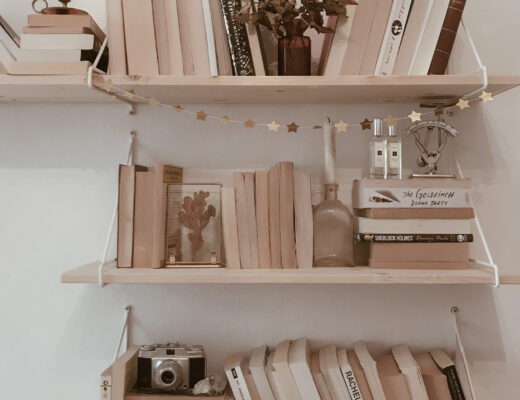 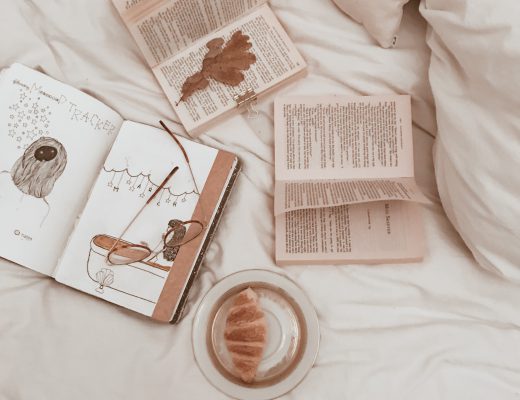 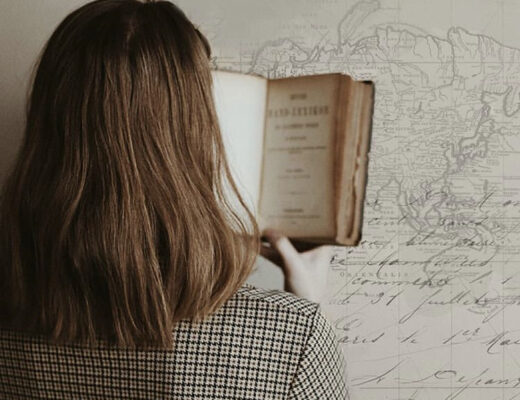 The preservation of the past, a guide /part one